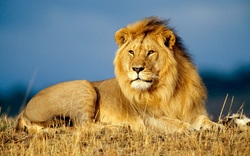 Mattias Flavius Artorius Grattinom, adopted son of Artorius and Valentina, born in 14 A.D., become immortal through an act of grace at the age of 19. Mattias is an effervescent youth, who speaks with animals and loves children. He is five feet, ten inches tall with sandy hair and brown eyes. Matt's actions are mindful of lions; he is sleek and stealthy.

Excepts of Interview by Daniel Lockheart

My family had a little hillside farm in Gaul overlooking the Seine River. My father was not keen on farming. He hated the same routine every day. He saw opportunity in places others would not see it. This happened before I was born, but one day when he was delivering chickens to the market to sell, he saw a troupe of jugglers, acrobats, and fire breathers—entertainers—there were a dozen or so, one family, all related, and he saw opportunity. He had seven sons and another child on the way.

He talked to the head of the entertainer family and found out they entertained at fairs and marketplaces and sometimes for nobility. They had traveled many places and they said in Rome there were great circuses and entertainments in huge arenas where tens of thousands of people came to watch and they were always wanting entertainment. The pay wasn’t good but lots of free food and usually a place to sleep. Even small towns liked to have them. My father offered them lodging and food for a while in exchange for him showing him their trade.

He was lucky—my mother did not object, in fact, she was as interested in the idea of getting off their small farm as my father was. As for my brothers—they were children; they loved the idea of jumping, cavorting, piling on top of one another. They were all quick learners.

By the time I came along, number eight, they were in Italy, traveling from place to place. I grew up juggling and tumbling about. My brothers were clever; they were always thinking of new things. Juggling plates or stacking stools and juggling from there. My mother was an expert in magic.

What parent doesn’t know how to distract their children—and that’s what sleight of hand is. Distraction. There was no end to their originality. As for me, I participated. But I never had one original idea about any trick, juggle, or somersault. I was agile enough but did not offer much. I knew they would not miss me if I left. Truth be told, they thought me weak. I did not have the stamina to stay up with them. I had breathing difficulties and I got winded with too much exertion. Some things I could do, but I was never as good as and I got tired of that.

My family was all blonde-headed and we were an attraction in the south and East because we were so light. My mom even after eight boys was still attractive; she worked at it. She was a good pickpocket too. Her magic stood her in good stead then, but my father didn’t like it because he didn’t want her to get caught and spoil the overall thing. But we boys all learned from her and could pinch along with the best of them.

By then, we were mostly working the big Circus in Rome. Maximus. We even had an apartment on the fourth floor of a five-story building. It was rather grand for us. But I wanted something different. I really liked the horses, even though being around them made my breathing difficulties worse.

I knew Lucas from the Circus. He was a racer then, well-known and a hit with the women. If I’d had my own money, I would have bet on him. He was good. I even talked to him a few times. He let me touch his horses if I was hanging around. He showed me how to stroke them. He told me how to watch their eyes and the slant of their neck to know what they wanted. He let me wipe them down a few times, if I was there and he noticed me. He’d toss me a coin or two, and I would bet on him. I always gave my winnings to my dad.

Alexander noticed I had trouble breathing around the horses and he gave me herbs for my mom to boil, for me to breath in or drink. As much as I liked being around Lucas, I was always glad to see Alexander. Sometimes he put his hand on my back and it always felt so warm and good, even on the hottest days, as if his hand could put in the vapors of the herbs he gave me. And I started hanging around them as much as I could but my father stopped me after a few weeks. He’d found a patron to keep paying for our apartments and it was the factions manager for the Greens, so my father did not want me hanging around anyone from the Blues faction. But I secretly cheered for Lucas and was always happy when he won. I tried helping the Greens racers but they wouldn’t have me. They had their own servants and slaves to take care of their horses.

After a while, I started thinking about how it was we used to travel around entertaining across the countryside. We saw new things all the time, and I preferred that to the city. I joined the military. I didn’t care if I couldn’t get married for twenty years. That meant nothing to me because I hadn’t met a girl I wanted to marry and I wanted to travel about.

I was a bit young, they said, a bit slight, a bit short, they thought for soldiering. I said, “What about the horses? I can help take care of them.”

I ended up in Caesarea, attached to the cavalry unit there. It was small, only about 100 soldiers and 120 horses. But I never got tired of taking care of them—except that I did get tired physically. It was hard work and I found I couldn’t sleep near them. I’d clear up the breathing usually at night and go back to them in the morning. My nose always ran and I sneezed and coughed a lot. Medics gave me herbs and stuff for it but nothing helped much. Wicked, it was.

I missed my family. At first, I couldn’t read or write and neither could any of my family. So we could not exchange letters for several years. It was hard but after I joined Lucas and Alexander, they became my family.

I’ve known some great people because I’ve used my acrobatic and magical skills to move in some great places. A lot of royalty and a lot of the dregs too!

Lucas and Alexander. Because they changed my life. I learned kindness from them. Not that my parents weren’t kind, but I mean kindness to strangers, and Alexander gave me hope that I could live without struggling to breath and without pain. His simple touch, putting his hand on the back of a lad made a lot of difference. It was Lucas’s idea for Artorius to adopt me so I can marry Demetra for the first time and that is the memory that gives me the most hope—that I will find her, that I can have more time with her.

The collapse. Losing everyone, my entire family. Demetra, the first time. Then there was Pompeii, where Demetra had grown up, and Lucas’s suffering for the loss of his whole family, all  people I knew and there were many. Demetra, each time. Always a new adventure to get to know her but always inevitably she is going to time. Though I am old, I know that I am only nineteen and there is a measure of life that I can never experience as a human. Having a child and raising him or her, growing old. There are stages of life that while I live them I do not understand them as human but as an immortal.

I accept it. It is what I am and how things are. I don’t fight against it for the most part. I mean, you do when those people die that you love, but you know they will be back in other bodies, and you know you get to start a new life in a new place with new people, hoping you meet the ones most dear to you again. We’ve really got no worries. We have plenty of money. We don’t have to buy food or many things that people have to pay for. We can get by on minimal.

Farming. There was a time, a period of about twenty years, that I lived with my Demetra soul and her family in what is now Turkey. Like my father and mother, I found it boring and taxing and dull. But she wouldn’t leave; she had to be with her family and I would have endured anything to be with her.

What is your secret that no one knows?

My secret is I took one of my mom’s tunics when I left. I just wanted it so I could remember how she smelled and so she would seem near. She would miss it, I knew but I thought I needed it more than she did.

The readers understand that I have boundless hope beyond all reason. By my own constitution, I can never understand that things do not always turn out for the best.
Powered by