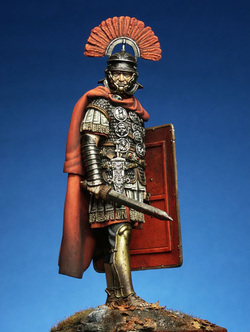 Justus Pedius Ralla, second son of the famous Pedius Ralla family, maker of fine cloth for clothing, born in 3 A.D., becomes immortal through an act of grace and hope. He is dedicated to his love Flavia, ever seeking her throughout eternity. He is five feet, nine inches, with dark straight hair and black eyes. He commands respect through his assured nature; he appears to be a perfect gentleman yet his self-interest often overcomes a better nature. He has keen powers of persuasion. For a short time in the first century, he was a Roman centurion, but he was a Roman solider for many years.

Let me talk first. You think that makes me sound arrogant. Maybe I am. I think it’s pride. I was born the second older son in a family of five brothers. We were of the merchant class but successful, wealthy, right. Why should I mince words with you?  My older brother was smart. Could see things as a whole, all at once, do sums in his head. And I knew he was smarter than I. He amazed people with his acumen. Could read at three. I was smart too, maybe smarter but no one knew it for paying attention to him.

I was never going to excel in the family—the Pedius Ralla family. Never make a way of my own. They had him; they had three others who would be sheep and follow in the family business.

Oh, I learned the business, from eight I was there, asking questions, fixing looms, learning the language. Carrying the cloth. Dyeing. Shipping. I learned all the parts. I remember when I learned to tie weights to the thread in the warp in the looms. It was a simple thing but it was a revelation to me. Without the weights the weaving would have been next to impossible.

I learned there was a solution to make anything easier. There was always an answer. As I grew older, my arms thickened, my chest thickened; I became strong. I liked wrestling with my brothers. I always won.

I wanted to get away from them, my arrogant older brother, my father and mother who favored him. I had wealth. I didn’t need the business, but I traveled a lot because of it. I educated myself in languages and reading and literature. I rubbed elbows with the elite, not the emperor, right, but those up there with the emperor. Women liked me. I’ve never thought I was good looking. My body was thick, but muscular; I was shorter than other men. But I had ways; I could charm. I could talk my way into anywhere I wanted.

I made my way around the known world. The ship I was on to Phoenecia from Egypt made port in Caesarea to avoid a looming storm. I was eighteen. I liked what I saw in Casearea. Theater, racing, a grand palace.

I introduced myself to the prefect, Valerius Gratus. I gave him gifts of cloth, silk, red and purple, threaded with gold. He knew what to do with them—they would make any woman the envy of any other woman, and the object of any man’s attention.

He invited me to stay with him. The palace was large, right—it was not an inconvenience to him for me to stay there, and he seemed glad to have me. I could talk of Rome, of Alexandria, of Athens.

Soon I made acquaintances. I even met Joseph Caiaphas. Valerius Gratus was negotiating with him to be high priest. I heard some of the talk. The prefect had replaced three high priests already, and he was looking for one better suited to making his sojourn in this out of the way place more profitable. Caiaphas seemed to have the right take on how he could perform as high priest. I am not saying he was not a good high priest—he, no doubt, was, but he, rather like Herod the Great, saw the overall picture—Caiaphas knew even without Valerius Gratus pointing it out, that it was in Jerusalem’s best interest for the High Priest to keep the Hebrews settled in their own little corner of the empire and to not do things that would draw the attention of the emperor. I heard them say a couple hundred thousand people come to Jerusalem for the Hebrews’ special holy days and each man was paying temple tax and each family was buying sacrifices and more, and Caiaphas would see that the prefect saw his share.

I soon learned to pay attention to politics, to listen at doorways, to ask questions, and often the information I learned was helpful to me at one time or another. I used it to my advantage, not that I was a blackmailer, not so much; and it was not like Alexander who knew things without being told them. I knew because I paid attention, because I talked to the right people and asked the right questions. Some might say I was conniving, but, no, I was cunning, and once I’d met Flavia, I only ever wanted what I thought would make her the proudest of me; I only wanted to please her.

Soon I had more dinner invitations than I could accept—it only took the idea of a gift for the hostess—fine Pedius Ralla fabric—and there you have it. I became a sought after guest. Within a month I had met everyone who was anyone in Caesarea and I fell in love.

Truthfully I had paid little attention to women up to that time. I had been busy planning my escape from my family; my independence. And when I had virtually gained it—I became dependent on being with Flavia. I wanted her more than anything else I had ever wanted. I wanted to marry her, to be with her, to give her children. I was besotted, and more than that I was dedicated to her.

It is my greatest fortune that she returned my feelings. As if caught in an eddy we were pulled, swirling and swirling, into the hole that is ever lasting love. And no one questioned it—that we were in love, that is. Everyone questioned that we would marry, right. I was not of their rank. I had everything in life I could want but I was of the merchant class, not the equestrian of which her family was a member.

While marriage was on my mind, in some remote, but at the same time urgent way—I knew everything had to be right—I was so happy just to be with her that I did not mention the idea—it was she who introduced the idea. She went to her father and asked him to approach me! It was unheard of and I was her equal in this way: We were equally in love.

The gods smiled on me then. Her father, Artorius, only wanted her to be happy. He did not need her to marry for wealth or position. He was as wealthy as my own family. He had position; he was important. Her marriage did not need to gain him anything so he agreed to our mis-matched marriage. Me of the merchant class; me of Arabian descent; me, who lacked the grace and good looks.

He said, “Justus, through the military you can rise to equestrian rank.”

I was flustered; it seemed it was what he wanted, so I wanted it also. He allowed us to marry first—then after a few months, a year, maybe and at my urging, he arranged my entry into the military. I quickly rose to centurion. Though I spent long periods of time away from Flavia—I spent much time in Caesarea also. I do my job impeccably. I do not want to bring shame to Flavia’s family.

There was never a cross word between us. I was dedicated to her and dedicated to the emperor and glad to have made my own life, my own way in the world.

Lucas and Alexander were boys when Flavia and I married. I was congenial to them always. I saw no reason to be other than brotherly. Alexander warmed to me, but Lucas never did. And that was as it was—it was not really animosity—not as if he thought I was not good enough for Flavia, though that was always in my mind—how had I, a plain fellow won over such a beautiful, perfect woman? Though it was not as if I won her over; it was more mutual, more attraction, more choice, a necessary and irrevocable choice.

I have some great stories to tell about. But nothing tops my lives with Flavia, when we could be together. I was happy to be with her when she was old or young but I missed being with her as her husband. That’s the best.

That would be my older brother; he inspired me to leave my family and do what I did with in my life. Because of him I wasn’t sitting around Rome overseeing the markets waiting for someone like Flavia to come into my life. I met Flavia because I traveled so much and my life would be nothing had I never met her.

Each time I lose Flavia that is the saddest. She is my other life. She makes my life whole, and when she is not with me, I have a hard time finding the best part of myself. I only focus on me, on power or wealth or the struggle of coming out on top. Sometimes I can walk away from it like I did with my older brother, but other times I stay and I will win.

I have been up and down about it. It’s something I cannot control and I don’t like that. I need to be in control and call the shots and know what is going to happen. I want to know more than the next guy and about this I don’t, right. I’m equal with the other guys and if I can’t set myself apart I don’t do well. I want to be in a cocoon, a shell. I want to be set apart—above if possible of everyone else. I’m shy; I’m insecure; I’m short so I have to be better.

A priesthood in Mauritania. It was the most primitive and I don’t really know why I chose it; it wasn’t like me—well, I do I suppose. I thought I might find Flavia there but I didn’t. I was mislead. I only stayed five years.

What is your secret that no one knows?

My secret is that I know secrets. I know things I should not know but I do. And I know what to do with the information. I am not cruel with it. But I am ambitious. I do not tell; I just use it.
Powered by